The following interview recorded with Bundaberg agronomist and principal of Northside Produce Rural Supplies Bundaberg, Brian Gordon. It gives a snapshot of the grass dieback issue. Brian focuses on QLD in the interview, but our team have witnessed dieback as far south as Victoria.

Boss Australia’s focus on plant nutrition and the living organisms under the ground started over 15 years ago and became our immediate focal point when confronted with the grass dieback issue. 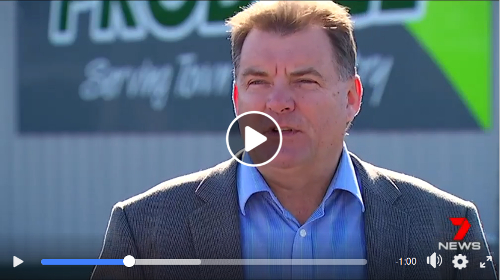 Can you tell us a little about what pasture die back is?

Pasture dieback is a condition that causes unthrifty growth and eventually death of otherwise productive grazing pastures.  The cause of this poor growth and death is as yet unknown, meaning a treatment to stop the spread of dieback is also unknown.
The condition has been identified in a range of both sown and native grasses in North Queensland, the Mackay-Whitsunday area, Central Queensland, the Wide Bay-Burnett and south east Queensland regions.  It has recently been identified further west towards Roma and south into New South Wales.
Stock avoid grazing on the affected areas and the condition causes significant losses in beef production and is a major concern for the Queensland grazing industry.
Pasture dieback has been observed across a range of soil types, landscape locations (ridges, gullies, gentle and steep slopes) and grass species.
The loss of forage production has a negative flow-on effect on the carrying capacity of a property, which in turn has a major impact on enterprises productivity as  a whole.

How Much of the state is it effecting?

Current estimates are over 35,000 hectares of pasture dieback across 120 properties, extending from the Atherton Tablelands in the north to the Lockyer Valley in south east Queensland.  However, the entire 35,000ha is not completely affected, as generally patches of pasture are affected across this area – at present it’s estimated to be approximately 60% of each property. Unfortunately the actual area affected is likely to be significantly higher than this due to not all reports being captured by DAF. Alarmingly, many graziers are unfamiliar with the disease and therefore don’t realise they have pasture dieback, and even more alarmingly, anecdotal reports indicate some graziers have been reluctant to report affected pastures, due to possible re-evaluation of property values.
Project manager from MLA Doug McNicholl told media “Until scientists have a solution, graziers are trying all manner of methods to control the problem including spraying, blade ploughing, ripping, applying fertilisers and replanting different pastures.
Although the total cost of the disease remains unknown, McNicholl said “I’m no economist; it’s hard to put a number on it, but it would have a lot of zeros on the end.”

Is it one of the biggest challenges local graziers and farmers are facing?

Aside from drought, dieback is the biggest issue facing graziers, and in some areas, dieback is seen as the bigger issue.  This is due to the heart breaking fact that even if they get good rain, the grass won’t grow!  Reports from the ABC bring home the issue.

Third-generation grazier Max Richards first noticed dieback on his 100-hectare farm at Cooroy in the state’s south-east in April 2017, but the condition rapidly took hold and wiped out his entire operation.

“There’s not a thing left,” he said. “At Christmas time we noticed it spreading rapidly across the farm and by the third week of January it was all dead.

He has since sold most of his 70 breeders and will plant legumes, which are so far unaffected, in an effort to hold on for a cause and a cure to be discovered.

“They’re running on weeds at the moment, eating weeds,” Mr Richards said. “I’m heartbroken because you don’t know which way to go.

“If there was a remedy or a resistant grass or something like that you’d have an answer. You’d just go and plant that grass, but what do you do?

“We’re on limited income because we’ve had to sell our cattle so we’ve really only got one chance of getting it right and if we stuff it up we are in big trouble,” he said.

Mr Richards said many of his neighbours were in denial about the condition because they feared a discovery would drastically reduce the value of their property.

Tell us about this potentially breakthrough research?

Northside Produce have been working with a Sunshine Coast Company “BOSS Australia” (Bio Organic Sustainable Solutions).  They are well know locally, as they donated a significant amount of product to the local farming community after the devastating 2011 floods.  Boss Australia work in the areas of both on-farm and scientific experimentation to find a biologically sustainable nutrient source for plants.  Their products are designed for regular, systematic application which quickly sees the overall health of the plant improving.  What you may not see, is its effect on soil health as a result of the microbial action.
Trials to-date have been applied to pastures at the 3 identified stages of pastural dieback – initial identification, active spread and stock removal. At each stage affected plants have responded to a systematic treatment.  The important thing to remember is this is not a fertilizer.  It is a bio organic solution that provides nutrients and support to the root base, both strengthening the plant and conditioning the soil.
What has been seen in pastures is a response to the applied solution across all stages of die-back. We are seeing both a curative and protectant effects following application. While there is still a lot of work to do in the form of detailed trials and farm demonstrations, we are encouraged by these responses, particularly when little else has seemed to make much difference.

How can locals help forward the research?

Come along to the information sessions.  We will be discussing the causes and the way the treatment can be applied in a variety of situations and to plants at all stages of the dieback process.  We are currently looking for graziers who will work alongside the ongoing scientific trials with their own paddock demonstrations.

What can farmers do currently to help?